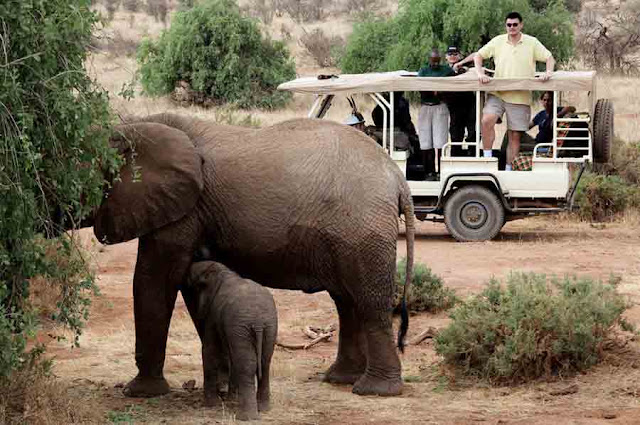 Project Tiger: There are about a 40,000 Royal Bengal tigers in 190910. This number was reduced to 2,500 by the year 1982. As a result of the recommendations of the task force of the IBWL, this project of the initiated as a Central Sector Scheme on 1st April, 1973 with the nine tiger Reserves located in different kinds of habitats in nine states. Two more Reserves were later added till 1982 raising the tally to 11 Reserves in ten states, the project covering about 0.49% of total geographic area of the country.
Out of 58 protected areas in India 18 (till 1992) have been selected as ‘Project Tiger’ area. Besides tiger, this reserve is rich in orchids and frns and also a safe home to other endangered species like the lion tailed macaque, nilgiri langur, nilgiri tahr, wild elephant, guar and leopard, Eighteenth Tiger Reserve was establishment in 1990 at Valmiki (bihar).
Gir Kion Project: The Gir forest in Saurashtra peninsula of Gujarat in unique as a only surviving habitat of the Asain lion. Panther eon persica. At present in whole of the Asia, the lion is found only in Gir forest of Gujarat clearing of forest for agriculture, excessive cattle grazing and other factors led to decline in the lion population. A five year plan scheme was thus prepared in 1972 by the govt. of Gujarat for this project. The total area of Gir Sanctuary is now 1412.12 sq. km. that was later declared as National Park.
As a result of this, there has been increase in the lion population. In 1968, there were 177 lions in the Gir. This number increased to 180 in 1974.

The project arose from a proposal for development of a crocodile farming industry in India. Dr. H.R. Bustard, an FOA expert on crocodile breeding and management was invited as a consultant to the country in 1974. Based upon his advice the project was initiated in 975. There are three species of crocodiles in India.
Salt water or estuarine crocodile (crocodiles porous),
Fresh water, swamp crocodile or mugger (C. poultries) and
Gharial (Gavials gangeticus).
Crocodile population declined worldwide in postwar period. Crocodile hunting is legally banned in India. Work on the project was begun in 1975 in Orissa. Gharial eggs were hatched for the first time in the world at Tikepada, Distt. Dhankanal, Orissa in June, 197. Crocodile husbandry work was undertaken with a view to sanctuary development. A total of 16 crocodile rearing centers have been developed in country in eight states. Eleven sanctuaries have been declared under the project, two of which among the largest sanctuaries in the country. (Krishna Sanctuary in A.P.-3,600 sq. km. and Chambal sanctuary, A Tri-state Sanctuary in U.P., M.P. and Rajasthan, 5,400 sq. km.).
Gharial rehabilitation began in 1977 with the release of 26 animals in Mahanandi River, Orissa, by 1980, 107 animals had been released in the river where wild population had declined to five.
Rhinos Conversation: The centrally scheme “Conversation of Rhinos in Assam” was introduced in 1987 and is continued for effective and intensive management of rhino habitats. Snow-Leopards Project: This is being taken to create 12 Snow-Leopard Reserves throughout the Himalayas.
Project Elephant: This was launched in 1992 with the aim at ensuring long term survival of identified viable populations of elephant population causing serious depredation. There have been drawn lines to restore the lost and degraded habitats of elephant including creation of corridors for their migration, mitigation of man-elephant conflict and establishment of data base on migration and population dynamics of elephants. It also aims at improving quantity of life of people living around elephant habitats through sustainable development.
Design by Mohit Bhardwaj

Most Popular Applications of Programming Languages and their Use