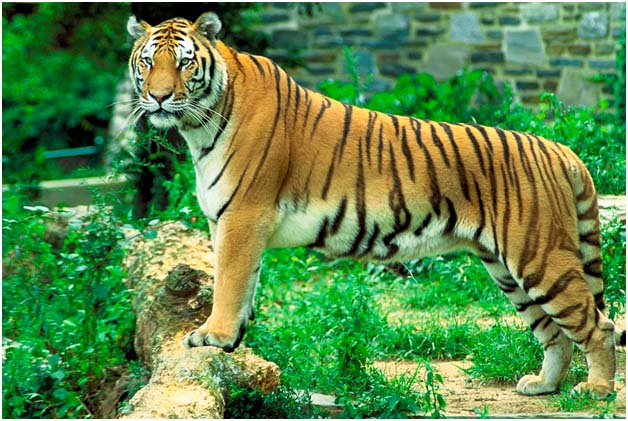 Due to continuous increase in number of endangered species in number of endangered species of flora and fauna steps have been taken to protect and manage the wild life of the country. Non-governmental voluntary organization as well as governmental organizations at state and central levels have been set up to protect the wild life.
Prior to independence the protection of wild life and birds was the responsibility of local forest officers (under Indian Forest Act of 1927) and the rules of the area. After independence till 1972, when the wild life (protection) act, 1972 was enacted, no uniform national legislation was available to control and regulate the wild life activities, excepting few voluntary conservation agencies like Bombay National History Society, Established in 1883, trying to create public awareness among the masses for the protection of wild life. The Bombay Natural History Society as a private agency took the first step in formulating a comprehensive and detailed act for Bombay in 1951, which was known as Bombay Wild Animals and Wild Birds Protection Act, 1951. Other special legislation’s enacted by different state government were, the Elephant Preservation Act, Rhinoceros Preservation Act and the Games Act. There was a need to enact a uniform and national legislation on wild life activities. Wild life control administration, management, national parks and sanctuaries were essential for protection, conservation and efficient management of the left over wild heritage of our country. With these objectives, the Wild Life (protection) Act, 1972 was enacted and extended to in all stated except Jammu & Kashmir and Nagaland. Wild Life (Protection) Act is the primary legal document for wild life management all over the country.
Forestry and wildlife from an organizational and view point have been primarily under control of state governments. However, quite recently the subject was given top priority and a separate Ministry of Environment and Forests entrusted with the task of environmental protection. The Department of Environment, Forests and Wild life under this ministry was setup with the view to have co-ordination between states and the center and speedy and faithful implementation of the steps to be taken in program of wild life management in the country.

Protection of natural habitats through controlled, limited exploitation of species.
Maintenance of the viable number of species in protected areas. (National park, sanctuary biosphere reserve etc.).
Establishments of biosphere Reserves for plant and animal species.
Protection through legislation.
Wildlife can be preserves by:
Improving the existing protected areas as sanctuaries, national parks etc. improving restrictions on export of rare plant and animal species and their products. Educating public for environmental protection at all levels of education.

There are a number of non-governmental, voluntary, national and international organizations actively dedicated to wild life conservation. The principal organizations are:
Bombay Natural History Society: It was founded in 1883; engaged in collection of information and specimens of fauna and flora of India, Burma and Ceylon. Wildlife Preservation Society of India, Dehradun: It was founded in 1958 with several objectives of wild life management. World Wide Fund for Nature India: the world’s wild life fund, Indian National Appeal was launched in India in 1969 at the time the XIIth General Assembly of the International Union of Conservation of Nature and Natural Resources, held at Delhi. WWF International was formed in 1961, with its Headquarters at Glands Switzerland and controlled by a board of International Trustees. It has setup national appeals in several countries, WWF in India was founded with a Board of 8 trustees and as its headquarters in Bombay. It has supported the well-known “Project Tiger” and other similar projects.

Full Explanation of Evolution of Programming Languages in Computers

What is Looping? Looping statements used in c++ language