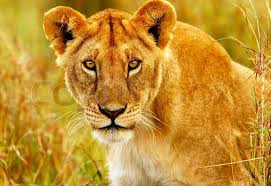 Wild life helps in promoting economic activities that brings money through tourism. It contributes towards maintenance of biodiversity. The colorful birds, animals and other life forms in the forests are important in maintaining the Eco-balance. Disappearance of Forests or its reduction in area will cause disappearance of wild life. Thus conservation of forests and wild life go side by side. Establishment of national parks and wild life sanctuaries helps conservation of wild life. Many countries have through legislation banned killing of birds and other animals. In India, restrictions are imposed on killings of lions, tigers, deer’s, chital, great bustard and peacocks etc.
Extinction of Wild Life: Extinction is a natural process. With the charge in environmental conditions, some species disappear and others, which are more adapted to changed conditions, take their place. This loss of species which occurred in the geological past at a very slow rate is called natural or background extinction. But increasing number of species is disappearing from the face of Earth due to human activities. This man-made mass extinction represents a very severe loss of dinner life, particularly because it is occurring in short period of time.
The world conservation monitoring center has recorded that 533 animal species and 384 plant species have become extinct since the year 1600. More species have gone extinct from the islands than from the main land or the oceans. The current rate of extension is 1,000 to 10,000 times higher than the background rate of extinction. Some interesting observations about the current loss of species are:
From ten high-diversity localities in tropical forests covering 3,00,000 km, some 17,000 endemic plant species and 3,50,000 endemic animal species could be lost in near future.
The tropical forests alone are losing roughly 14,000-40,000 species per year (or 2-5 species per hour).
The earth may lose up to 50% of the species by the end of 21stcentury, if the current rate of loss continues.
Susceptibility to Extinction: the characteristics of species particularly susceptible to extinction are:
a)  Large body size (Bengal tiger, lion and elephant).
b)  Small population size and low reproductive rate (blue whale and giant panda).
c)   Feeding at high tropic levels in the food chain (Bengal tiger and bald eagle).
d)   Fixed migratory routes and habitat (blue whale and whooping crane).
e)   Localized and narrow range of distribution (woodland caribou; many island species).

Basic Reasons of Extinction of Wildlife

Some plants and animals have already become extinct and there are many facing dangers of extinction. The basic reason of extinction of wildlife are as follows:
Destruction of their natural habits due to expanding agriculture, urbanization and industrialization. Overgrazing by domestic animals that convert the area into deserts. Poaching for meat, skin, fur, ivory, rhino horns etc. Introduction of exotic species are known to threaten the survival of many native species. For e.g., Nile perch, an exotic predatory fish introduced into Lake Victoria (South Africa) threatens the entire ecosystem of the lake by eliminating several native species of the small chlid fish species that were endemic to this fresh water aquatic system.
Over-exploitation of natural resources e.g., over-fishing mechanical catching of animal species etc., is a serious threat to wild life.
Soil, water and atmospheric pollution also communities are affected by natural disturbances, such as fire, tree fall, and defoliation by insects. Man made disturbances, differ from natural disturbances in intensity rate and spatial extent. For Example, man by using free more frequently may change species richness of a community. Export of some species.
The ICUN Red List Categories: The ICUN Red List is a catalogue of taxa that are facing the risk of extinction. It is important to understand that the ICUN red list aims to impact information about the urgency and scale of conservation problems to the public and policy makers. The users of red list are: Developing awareness about the importance of threatened biodiversity. b) Identification and documentation of endangered species. c) Providing a global index of the decline biodiversity. d) Defining conservation priorities at the local level and guiding conservation action.
The world conservation union (formerly known as International Union for the conservation of Nature and National Resources, ICUN) has recognized eight red list categories of species are as follows: Extinct: A taxon is extinct when there is no reasonable doubt that the last individual is died. Extinct in the wild: A taxon is extinction the wild when exhaustive surveys, in known and expected habitats, have failed to record an individual. Critically endangered: This condition arises when a taxon is facing an extremely high risk of extinction in the immediate future. Endangered: a taxon is endangered when it id not critically endangered.  But is facing very high risk of extinction in the near future. Vulnerable: A taxon is endangered when it is not critically endangered or endangered, but is facing very high risk of extinction in the medium term future. Lower risk: A taxon is at lower risk when it has been evaluated and does not satisfy the criteria for critically endangered, endangered or vulnerable. Data Deficient: A taxon is data deficient when there is inadequate
information to make a direct or indirect assessment of its risk of extinction. Not evaluated: A taxon is not evaluated when it has not yet been of it’s of extinction.
The species that are threatened with extinction are included in vulnerable, critically endangered, endangered categories. Species with small world populations that are not at present endangered or vulnerable but are at risk are called rare. The 2000 ICUN Red List contains assessments of more than 18, 0000 species, 11,000 of which are threatened. The red list also provides information to international agreements, such as the conservation on Biological Diversity and the Conservation on International Trade in Endangered Species of Wild Fauna and Flora.
Status of threatened Species: There are 11,096 species (5,485 animals and 5,611 plants) listed as a threatened (Critically endangered, Endangered and vulnerable) on the 2000 Red list. Of these, 1,939 are listed as critically endangered (925 animals and 1,014 plants). The percentage Species of Angiosperms and four vertebrate groups categorized as critically endangered. According to red list, in India, 44 plant species are critically endangered, 113 endangered and 87 vulnerable. Amongst animals, 18 are critically endangered, 54 endangered and 143 vulnerable.
Design by Mohit Bhardwaj

Introduction of Data, Need of Information In Computer System