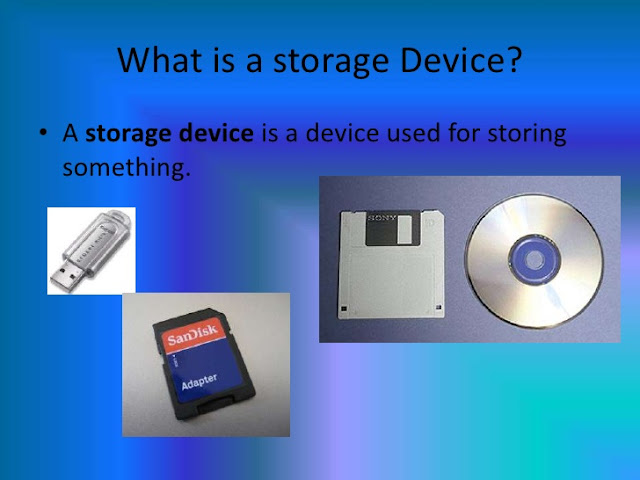 In computer education, It is most important to know about fundamental functions of computer systems. Apart form processing huge amounts of data, we as human need that voluminous data to be stored, so that whenever we require the data we can access it, thereby making proper sense of data being processed. But, as a matter of fact computer’s primary storage is quite insufficient to store as well as the instructions required. Apart from being falling short, the primary memory as we have already seen is volatile i.e. the memory is temporary. It loses data when the power is switched off. With these limitations of primary memory of a computer we come at a point where we need out other ways of storing huge amount of data and instructions, which is non-volatile i.e. permanent. Here, comes to the rescue of human beings as well computers are the secondary storage memory i.e. auxiliary memory.

This is a non volatile memory, which is external to a computer. It is a secondary media used for storing volumes of data permanently or long term. Apart from storing data permanently the secondary storage devices are capable of storing volumes of data and instructions, the capacity of the secondary media in storage is far more than primary storage but the speed of accessing is slower than primary storage. Data from primary (main) memory takes just few nanoseconds for retrieval whereas it takes about few mili seconds for secondary storage. Virtually the size of secondary storage is unlimited it is even much cheaper than the main memory. The following are the main features of secondary (auxiliary) storage devices:

Permanent or Non-Volatile Storage: The data which is stored in those devices is not lost when the power is switched off. The data is retained, which makes these devices more acceptable and useful.
Voluminous Storage: WE can store volumes of data and instructions in the devices. This makes these devices very useful in almost every field, where the data is bulky and voluminous.
Relatively Cheaper: These storage devices are relatively cheaper and cost effective than primary (main) memory of the CPU.
Computing Capability: These devices are not capable to handle any arithmetic and logic operations and neither executes a program. These are just storage devices.
Portable: These devices act as portable media for transferring data from one system to other. The access to the data stored can be in serial order or random depending upon the type of secondary storage used.
These secondary storage devices are external to CPU; they can be treated as peripheral device like any output/input device. The following are some of the commonly available categories of auxiliary (secondary) storage devices:
Magnetic tapes, Magnetic Disks, Optical Disks
Magnetic tapes: These are used to external storage devices apart from being used as high speed input and output devices. These devices use a tape which is about 12.5 mm to 25 mm wide and about 500 meters to 1200 meters long. This tape is usually made of a plastic like material known as Mylar. The tape is wound on a spool which can be loaded onto the tape deck, whenever required. This tape is connected to the CPU permanently and the information stored into or read from the tape by the processor. This tape is quite similar to the tape of audio cassettes of tape recorders. This tape is coated with a very thin layer of iron oxide, a magnetic material. This material contains haphazardly arranged particles of iron oxide, which when magnetized, get aligned, paving way for storing data as magnetized spots.
These tapes are to be accessed serially i.e., we need to turn the tape till we get required point. It is as same as playing a audio cassette in a tape recorder, i.e., whenever we like to hear a particular part, we need to either forward or rewind the tape. The data is stored as binary i.e. one and zero, which are represented as presence of magnetic field i.e. spots on the tape. As magnetic tapes are portable they are used to transport software I.e., programs, packages, compilers, operating systems etc. from one computer to other. We can store data permanently using these magnetic tapes. The tape drives have electromagnetic components, using which it does input and output operations. The head, which can read/write, reads or writes on the tape which passes through it.

As we have already understood that the magnetic tape is a tape made up of plastic like material, which is coated with thin layer of a magnetic material like iron oxide, which can be in two states of polarization. We have also seen that the data is stored and represented as binary digits i.e. 0 or 1. These bits are represented by the polarization of iron oxide particles on the tape, when the data has to be written on the tape, the write head aligns these iron oxide particles. When these particles are polarized i.e. aligned in one direction they represent 1, and of they are aligned in opposite direction they represent ‘0’. Thus the data is stored sequentially as polarized iron oxide particles.
Data Retrieval: When the data has to be retrieved from the magnetic tape, the read head of the tape drive recognizes the polarization patterns, i.e. patterns of 1’s and 0’s as data. The data is retrieved in sequential order. The read head reads a record and it stops when inter record/block gap comes, till the read record is processed. After processing the second record is read in the same way and this continues till the total file is processed. When the records are very small in size, they are usually combined into a block and this block is read as the whole, which saves time and enhances speed.
Magnetic tapes usually come in three forms. These three forms of magnetic tapes are:
i. Reel to reel form   ii. Cassette form   iii. Cartridge form
Out of all the available forms the reel to reel form of magnetic tapes which is the magnetic tape wound on reels, is most commonly used. The cartridge and cassette tapes are similar to audio tapes which are used for audio recording. The amount of data that can be stored on any magnetic tape depends on following parameters:
a
) Length of the tape   b) Density of the tape c) Number of Inter record/block gaps.

Humans cannot read the data directly as it is recorded as polarized magnetic particles. Access being sequential, searching becomes difficult. It is sensitive to dust, temperature, moisture and other environmental factors. It is difficult to recover from parity errors. A variation in density of tapes usually creates problems as data cannot be read effectively by some tape drives.

Want to do Shopping for IT Books by Amazon, Follow Below