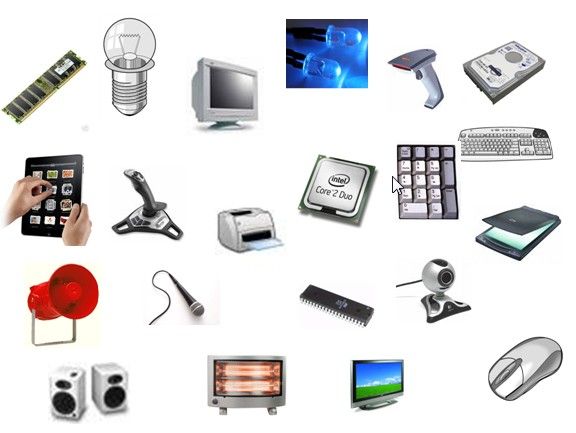 Introduction: We have already seen how CPU works and also the composition of CPU. We have seen that the CPU takes input from input unit, processes, it and gives the output using output unit. Therefore for working of CPU and its usage, we need a invariable have both input and output devices, which make the CPU’s task useful and help the data processing. The input units and output units should be able to act as a link between the user and the CPU, by input; we mean the data which has to enter to be worked upon. The input has to be given in human under stable form, which is later converted into machine understandable form. The same is the case with output, it has to be human understandable. These input and output units are known as peripheral devices, which are attached to main unit of computer.

Input devices and list of Input Devices with examples

This is the most sophisticated optical recognition, which recognises specially shaped numeric and alphabetic characters. It directly reads any printed character and no special ink is required. The flexibility of OCR makes it feasible for organisations to eliminate or  reduce the keying in of data. As already seen, a set of optical characters can be used to print merchandise tags, which can be rad using in OCR reader. It is similar in working to a human eye. The basic advantage of OCR is that one need not key in data, into the computer. OCR readers look at each character as if it was mace up of collection of minute spots. Once the total character has been scanned, it is matched with already stored patterns, so that it can interpret data, OCR can read at a speed of about 2400 characters per second. They use varied number and range of fonts. The standard fonts being OCR-A (American Standard), OCR-B ( European-Standard). These devices are usually e
xpensive, but they pay by their ability to take direct inputs into the computer, avoiding data transcription.

Different Types of Printers With examples in computer study

What do you mean by Process Scheduling in Computer System?

One thought on “What is Computer Hardware? Input Output Devices and their Functions”