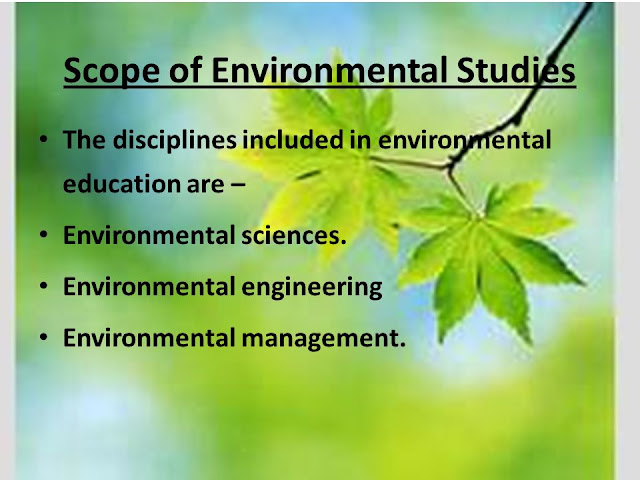 Development has led to rise in standard of life, rapid consumption of our natural resources and also rapid formation of waste which may cause environmental crisis. So, there is urgent need of environmental awareness and ethics to avoid Eco-degradation and environmental crisis. It is rightly said, “If you want to act green, first think green”. Environmental degradation is a serious problem now and serious efforts are made to orient the public in its protection. It became necessary to develop a suitable program for creating environmental awareness among various sections of society and orients them for adopting environmental friendly production and consumption practices in day to day life. Every person of our country should be a fairly good position to assess the potential threats in every sphere of environment.
As environment education is a new field, not much canvassing is being done on public media. According to Henry D. Thorean, “What is the use of beautiful house, if you don’t have a decent planet to put it on?”
It is desirable that reporting of environmental degradation should be done as a major activity of life. All round success in the field of environment can be achieved through involvement of common man directly or indirectly. People are increasingly realizing the seriousness and urgency of environmental issues but that is where it often stops at awareness. There are many issues but that is where it often stops at wastage of water, power consumption, fuel consumption, deforestation greenhouse effect, ozone hole etc are big names of big problem but the solutions are not all that big and complex.

Major Ecosystems of the World: Natural and Terrestrial Ecosystem

Give Full Details of Impacts of Reservoir and Dam Construction