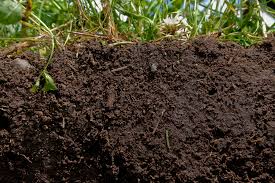 If soil erosion is unchecked, it would amount to a great loss for mankind. Soil conservation means the use and preservation of the natural resources of the Earth and their protection from destructive influence misuse, decay, and fierce waste. It also includes the retention of water especially slopes and its utilization to best advantage, maintaining or increasing the soil fertility and productivity. A combination of several methods is most effective and reliable.

Some of the Common Methods to Check Soil Erosion

Biological methods: Counter Farming: This method is employed in hilly regions. The land is ploughed against the slope instead of up and down the slope and thus farming, seeding and harvesting operation on the contour or cross-wise becomes easier to plough than up and down the slope. By this arrangement, the crosswise depression left by plough catch and hold water until it is socked and the ridges check the flow of water thus according the sheet and gully erosion.
Mulching: This is effective for both type of erosion (wind) stalks of some such as maize, cotton, tobacco, potato are used a mulch. Mulches of 2-3” thick reduce soil moisture evaporation and increase amount of soil moisture by addition of organic matter to soil.
Crop Rotation: Soil fertility id usually maintained in the field by rotation of crops. It decreases the soil loss and preserves the productivity of land. The same crop year after fear depletes the soil minerals. Crop rotation is the method of alternative sowing of leguminous and cereal crops.
Strip cropping: strip cropping is the planting of crop in rows or strips to check flow of water. It may by contour strip, field strip or wind strip cropping.
Dry farming: This is useful for crop lands grown in low and moderate rainfall areas.
Agrostological Methods: Grasses are utilized as erosion resisting plants. They act as stabilizers when grown in gully & so.

Control of Grazing: The greatest damage to plants has not been due to human beings directly but due to domestic animals. Overgrazing by the animals causes soil erosion and partly spread the desert condition in the parts in Punjab, Delhi and Rajasthan. To control grazing, certain area should not be allowed to be grazed a long time.
Pasteur management: With increasing population new areas are being converted into field for cultivation thus reducing the Pasteur progressively. To maintain the pasture the land is ploughed in the hot weather a grass seed sown either alone or mixed with jowar, till and other species.

A forestation: The establishment of a forest in a previously cleared land is also of the most important methods for conservation of the soil, since trees build up a thick layer of humans and avoid floods and erosion. Roots of trees and other plants serve as natural dam by catching and holding water and preventing it form washing away the soil.
Growing Sand binders: Wind causes soil to drift and collect in dunes. To check this damage few plants which are kown as sand binders are grown. Such as Sacchanum munga, cynodon, valotropis etc.
Planting of Wind-break trees: if strong tall plants are densely on the raised boundary of fields, soil erosion can be checked by fast wind.

Following are the mechanical methods to check soil erosion
Basin listing: construction of small basin along the contours to retain water which also reduces its velocity.
Contour terracing: Construction of channel along the slope to intercept and divert the run-off water.
Design by Mohit Bhardwaj

What is the Meaning of Device Management in Operating System

List of Different Types of Operating Systems in Information Technology