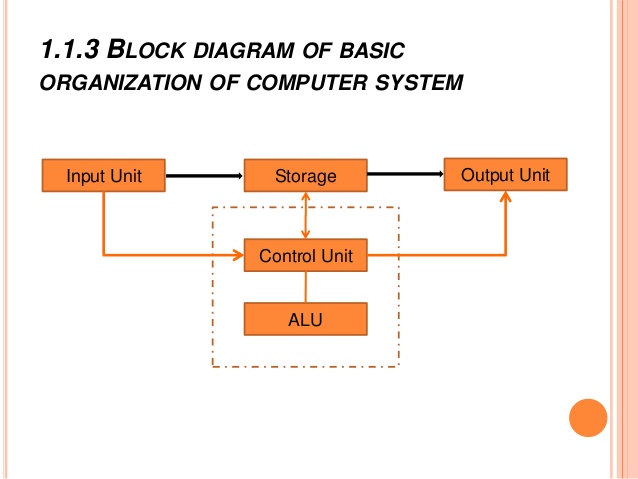 We have already seen how a computer is composed of. We have learnt about the block diagram of the computer, the input and output devices, the peripherals etc. We have seen that the computer with the help of CPU, the peripheral devices, has become quite powerful means of processing, storing and retrieving data. We have seen the overview of the working and composition of the computer; now let us look into the internal organization of computer in detail.
The circuit of computer is composed of electronic semiconductors which are placed on small piece of silicon. This is known as Integrated circuits (IC). With the revolution in technology, Large Scale Integration (LSI) and Very Large Scale Integration (VLSI) have come as a boon to the computer technology, reducing the size on one hand and increasing the processing capacity on the other hand. Thus the computers are becoming cheaper and cheaper from day to day with revolution in technology, thus generating an era of computer technology, where every aspect of life being influenced by computers.

Education of System Concept in Management System in any Organisation