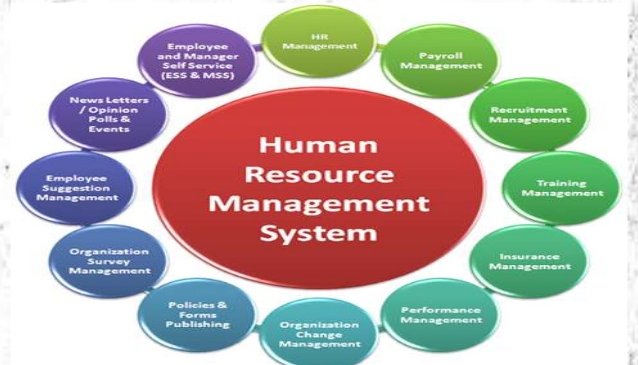 According to Michael J. Jucious, personnel management should aim at
Attaining economically and effectively the organisational goals.
Serving to the highest possible degree the individual goals, and
Preserving and advancing the general welfare of the community.
Personnel management has been assigned the task of not only helping the organisation and its employees but the society at large. The objectives of personnel management are as follows:
Enterprise Objectives: The primary objective of personnel management is to help in achieving organisational goals. There will be a need for co-operation from everyone in the organisation for achieving business goals. This requires that such persons should be employed who are capable of taking up the jobs assigned to them. They should also be given proper training for undertaking the work effectively. This will be ensured be a suitable policy for recruitment, training and placement. The satisfaction of employs should be ensured to get their wholehearted co-operation. This may be done by looking after their convenience at work and offering them financial and other incentives. The enterprise objectives will only be achieved of everybody works for its attainment. Employees should be motivated to contribute their maximum to the organisational goals.
Personnel Objectives: Personnel management aims at giving the material and mental satisfaction to each employee in the organisation. This will be possible only when employees are provided with proper work environment and job satisfaction. The work place should be neat and clean and properly ventilated. Job satisfaction will include good remuneration, job security, avenues for promotion, financial and other incentives for improving performance.
Social Objectives: Personnel management also aims at preserving and advancing general welfare of the community. An enterprise owes a responsibility to the society at large. It can serve the society by creating more employees opportunities, producing quality goods at cheap rates. It can also help society by using productive resources in the best possible minimizing their waste.

There seems to be a lot of confusion and a plain lack of awareness of what Personnel/Human Management is and how it can contribute to an organisation. To clear this confusion, we must go through the historic origins of personnel management followed by the evolution of the concept of HRM in India.
Modern personnel management has emerged through many stages, which may be explained as follows:
The Industrial Revolution: The industrial was characterized by rapid technological change and increased specialization. The place of work shifted from residence to factory and the employers lost personal touch with their employees. Specialization increased speed and efficiency but left workers with boring, dull and monotonous jobs. Workers were treated like ‘glorified machine tools’. Employees were keen to meet production targets rather than satisfy workers demands. Labour was looked upon as a commodity rather than living things. Due to the then prevailing political philosophy of ‘Laissez Faire,’ government did very little to protect the interest of the workers.
Trade unionism: As a consequence of industrial revolution, workers’ joined hands to protect themselves against the exploitative tendencies of employees and the prohibitive, unfair labour practices through unions. The basic philosophy underlying trade unionism as that through collective bargaining the management could be forced to redress their grievances’. Union tried to improve the lot of workers through collective bargaining, resolving the grievances of workers relating to working conditions, pay and benefits, disciplinary actions etc.
Scientific Management: To improve efficiency and speed, F.W. Taylor advocated scientific management consists of the following:
Systematic analysis and breakdown of work into its smallest mechanical elements and rearranging them into their most efficient combination.
Individuals selected to perform the tasks should be perfectly matched, physically and mentally, to the requirements of the task as far as possible and that overqualified individuals should be excluded.
Employees should be trained carefully by supervisors to ensure that they perform the task exactly as specified by prior scientific analysis.
Incentives should be provided to the employees to follow the detailed procedures specified by the supervisors.
Scientific management had a great influence management, particularly on employer-employee relations. It led to professionalization of management. But critics of scientific management pointed out that focus was force on technology and not on human factor in industry.

Hawthorne experiments conducted by Elton Mayo and his Harvard colleagues during 1930s and 1940s and subsequent research focused attention on the attitudes and feelings of workers and their influence on productivity. While scientific management viewed an organisation as a techno-economic system the human relations movement considered it as a social system. It was suggested that inter-personal relations should be improved to realize full potential of individuals and groups. Human and social factors exercised greater influence on employee morale and productivity than working conditions. This movement was also influenced by the growing strength of unions during the late 1930s and 1940s.

The Human Resource Approach assumes that the job or the task itself is the primary source of satisfaction and motivation to the employees. The emphasis in this approach is on the individual involvement in the decisions made in the organisation. This behavioral science era led to the development of new techniques of motivation and leaderships e.g. job enrichment, employee participation, two way communication,
and management by objectives etc. Abraham Maslow, Douglas McGregor, Frederick Herzberg, Rensis Likert and other made significant contribute ions to the development of the behavioral science approach to the study of management. This approach has developed a useful way of thinking, about the role of the manager, the nature of organisations and the behavior of an individual within an organisation.

With the down of welfare era, the scope of personnel management increased. It was not only concerned with recruitment selection and training of employees. It began to manage employee benefit programmed and industrial relations system in industry.

Learn This Article By Video Here:

Importance of Environment Studies on brief description as a Multidisciplinary Subject