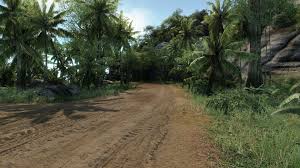 There are a number of international and national organizations, agencies and programs involved in different areas of environment, forestry, wild life and other relevant aspects. Some of the important bodies of this type are follows:
International Bodies
Earth scan: An agency, founded by UNEP in 1976, that commissions original articles on environmental matters and sells them as features to newspapers and magazines, especially in developing countries.
Convention on international Trade in Endangered Species (CITES): An International forum, whose membership for agreement is open to all countries. For India, The Ministry of Environment and forests functions as nodal agency for participation in international agreements.

This is an independent Federal Agency of the US government establishment in 1070. It deals with protection of environment by air, water, solid wastes, radiation, pesticides etc.

European Economic Community (EEC): EEC is a community of 12 European nations with sound political, economic and legal base. The community has joint agricultural and scientific programs. It has programs of framing and implementation of coordinated policy for environmental improvementand conservation of natural resources. CPCB, India has taken up projects on air quality monitoring with assistance of EEC.
Human Exposure Assessment Location (HEAL): The project is a part of the Health Related Monitoring Programs by WHO in co-operation with UNEP. This project has three components, viz
Air monitoring, water quality monitoring, food contamination monitoring on a global basis.
International Council of Scientific Unions (ICSU): A non-government organization, based in paris, that encourages the exchange of scientific information’s, initiates programs requiring international scientific information’s, initiates programs requiring international scientific co-operation and studies and reports on matters related to social and political responsibilities in treatment of scientific community.
International Union for conservation of Nature and natural Resources (INCU): An autonomous body, founded in 1948 with its Headquarters at Morges, Switzerland, that imitates and promotes scientifically based conservation measures. It also cooperates with United Nations and other intergovernmental agencies and sister bodies of World Wide Fund for Nature (WWF).
International Marine Consultative Organization (IMCO): It regulates the operation of ships in high seas, from marine water pollution viewpoint.
South Asia Co-operative Environment Program (SACEP): This has been recently set up for exchange of professional knowledge and expertise on environment issues among member countries-
Afghanistan, Bangladesh, Bhutan, India, Iran, Pakistan and Sri Lanka.
United Nations Educational, Scientific and Cultural Organization (UNESCO): An United Nations agency, founded in 1945, to support and implement the efforts of member states to promote education, scientific, research and information and the arts develop the cultural aspects of world relations. It also holds conferences and seminars, promotes research and exchange of information and provides technical support. Its headquarters are in Paris. Independently as well as in collaboration with other agencies like UNEP, it supports activities related to environment quality, human settlements, training to environmental engineers and other sociology-cultural programs related to environment.
United Nations Environment Programs (UNEP): A U.N. Agency, responsible for co-operation of inter-governmental measures for environmental monitoring and protection. It was set up in 1972. There is a voluntary United Nations Environmental Fund to finance environmental Projects. There is an Environmental Coordination Board, to coordinate the UNEP programs. Its Headquarters are in Nairobai, Kenya, UNEP was founded to study and formulate international guidelines for management of the environment. UNEP is assisting many such programs in India.
World commission on Environment & Development (ECED): This is a 23 member commission, set up in 1984 in pursuance to a U.N. General Assembly resolution in 1983 to re-examine the critical environment and development issues and to formulate proposal for them. This is a call for political action to manage to manage better environmental resources to ensure human profess and survival. The commission makes an assessment of the level of understanding and commitment of individuals, voluntary organisations and governmental bodies on environmental issues.
Earth watch Program: Earth watch program is worldwide program that was established in 1972 under the terms of the Declaration on the Human Environment. It monitors trends in the environment, based on a series of monitoring stations. Its activities are coordinated by UNEP.
Project Earth: Developed in collaboration with UNEP to inspire interest and educate young people worldwide on the crucial facing the Earth’s Environment. The project in led by Mr. Robert Swan, UNEP Goodwill Ambassador for youth. He is the only person to have reached the North Pole and South Pole on foot.
Earth Walks: A series of expeditions designed to focus international attention on environmental issues in key geographic areas. First suc
h walk was taken by R. Swan and six young people were presented  by him on 6th June 1992 at UNCED. Earth Summit (3-14 June, 1992), held at Rio de Jenerio (brazil). There are global 500 awards under UNEP for youth linked to Earthwalk program.
Man and Biosphere Programs (MAB): The program is the outcomwe of International Biological Program(IBP) that has already concluded its activities. MAB was formerly launched by UNESCO in 1971. There are 14 projects areas under this program. During the period, the MAB focussed much attention on the following areas:
Conservation on flora and fauna
Mountain ecosystem
Arid regions
Mangrove, wetlands and coastal areas
Tropical forests ecosystem

Survey and conservation of flora, fauna, forests and wild life

What Do you Mean By The Multiplexing? Explain it Briefly, Full Article on Multiplexing Topic