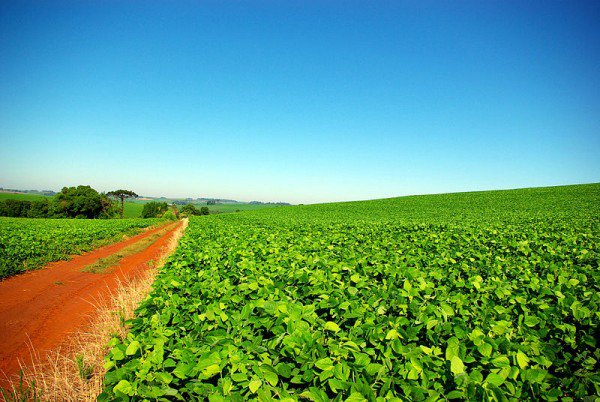 Forests are essential for ecological balance of an area. Forests are important compounds of our environment and economy. Besides economy, forests check air pollution and soil erosion; they save the hill slopes form land slides and in deserts trees reduce wind erosion by checking wind velocity. Forests attract rainfall too. They also play an important role in enhancing the quality of environment by influencing the life supporting system. Forests are also linked with our culture and civilization. India has very rich flora and fauna, much of which is present in forest areas. They provide protection to wild life, help in balancing the gaseous (carbon di-oxide, oxygen) cycles of atmosphere, tend to increase local  rainfall and water capacity of soil, Maintain the Soil Fertility, regulate the Earth’s total regimes and water cycle, check soil erosion. Land slides and reduce the flood havoc. Forests also have aesthetic and touristic values and serve as gene reserve of important species.
Deforestation: Deforestation means cutting or falling of trees by man for his own purposes. Deforestation leads to the reduction of forest area and degradation of quality of environment. Forests are fast vanishing from our country. Extensive and unabated deforestation, overgrazing and the growing hunger for land has hit the ecology of the country so badly that India may soon have more of waste than productive land. According United Nations Environment Program (UNEP) 1987, 29 corer hectares of land has been deforested. After World Wart II, rate of deforestation increased at a high rate. If the areas are continued to be deforested at the same rate, environment will be disturbed completely.

High Population growth: The forests are deforested for fulfilling the increasing demand of over-populations, like clearing of forests for agriculture, industries and urban areas (for shelter etc.).
Agricultural expansion: as the forest land area is more fertile, they are converted into the agricultural land to fulfill the crop necessities of to people of the country. Shifting cultivation also leads to the deforestation.
Industrial development: although it increases the economy of the country, but it also leads to the deforestation as the basic raw material for the growing industries are obtained by the forests.
Forest Fires: Forests fires kills’ adult as well as young trees and even seeds and the useful fauna of the forests.
Short Term Policies: Short Term Policies made by our Government i.e., Five year plans also adversely affect the forests area. It is easy to cut the forests areas in five years but not easy to grow in such a short tenure. Thus, these policies also play significant role on deforestation.
Lack of Awareness: Literacy among the people although bring about various physical, psychological and behavioral changes but we do not people aware of this crucial condition of the environment.
The continuous deterioration of natural forests of the country is due to disproportionate withdrawals of forest produce as compared to its carrying capacity. The apparent alternative of a forestation to its forest lands has not yet picked up in many states for various reasons. At the same time, government efforts to promote tree various planting on private and farm lands under agro-forestry program also have not been able to make the desired impact as the incentives under such program fell below the expectations of the people. Although a large population is aware of the adverse impact of the deforestation, they are more interested in the immediate consumptive needs rather has conservation of resources in property.
A forestation and Eco-Development: A forestation means planting of trees on those areas which have been cleared. For proper balance of the nature on earth, forest areas in India should be at 33% but at present it is only 20% left. Forests restore ecological balance of all the ecosystems, maintain biological diversity and acts as catchments for soil and water conservation. In order to meet such needs, we need to develop massive a forestation programs of indigenous and exotic fast growing species production and protection forestry on suitable land including waste land.
The National Wastelands Developments Board (NWDB) was originally setup in 1985 to undertake a forestation programs and people’s participation. Recently, the board was bifurcated to form the National a forestation and Eco-Development Board (NAEB) under the ministry of environment and forests and the department of wasteland Development.
The NAEB is established to promote a forestation and eco-development with special attention being to degrade forest areas, national parks and ecologically fragile areas like the western Himalayas, Aravallis and Western Ghats. It is to carry out schemes such as integrated wastelands development projects, fuel wood and fodder projects, seed development; aerial seeding projects for minor forest produce including medicinal plants and technology development among other things. Policy adversary groups have been setup to consider major issues regarding conservation of fuel wood, wood substitution, grazing and livestock management. Eco-task forces of ex-servicemen have been established to undertake eco-restoration work through a forestation, pasture development and other water and soil conservation measures in select degraded and inhospitable areas of Jammu & Kashmir, Rajasthan and Uttar Pradesh. The UNEB also coordinated corporation in field of forestry development schemes. Financial assistance is being received from various international agencies such as World Bank, EEC, and Overseas Development Agency etc for forestry projects.
Design by Mohit Bhardwaj

Characteristics of a Computer System in Full Deeply Knowledge Online

Different types of Output Devices in Computer System in Details

What Are The Measures To Avoid The Corona Virus? Symptoms Of Corona Virus And Their Solution