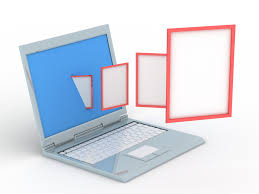 Formats of the data in briefly in computers system. There are different formats for different categories of data i.e., the data types. For storing integers, 24-bit binary numbers are used. For storing negative numbers one ha to use 2’s complement. For storing characters, we use 8 bit ASCII codes. We do not use floating-point hardware on standard version of SIC.
Formats for giving instructions
The instruction format used in the SIC machines is 24 bit format, which is broken up as follows:
1.       First 8 bit are used for opeartoin code.
2.       Next bit i.e., 9th bit used for indicating the indexed addressing mode.
3.       Next 15 bits are used for storing address of instructions.

For addressing, two modes are used, which is done by setting the bit used for indicating indexed mode. The modes are ;
a)      Direct   b) Indexed
Instruction Set: SIC comes with the basic set of instructions which are used to person simple tasks. These instructions set also contains instructions for various empathetic calculations. Some of the instructions in the instructions set of SIC machines are as follows:
Input and Output: Input and output operations are performed by transferring one byte at a time to ot form the right most 8 bits of register A. Every device is assigned a unique 8 bit code. These machines use 3 basic instructions for I/O operations, which specify the device code as operand.
SISC Machines: These are machines which use complex instructions which are relatively large with different formats, lengths and addressing mode. CISC stands for complex instruction Set computers. The hardware architecture is complex. This architectures implemented in VAX family of computers as well Intel X86 family (RX-Pentium pro).
VAX Computers: These computers are introduced by Digital Equipment corporation (DEC) in 1978. These computers were designed for compatibility with POP-11 machines. So that the programs run both machines. Let us look at some of the major characteristics of VAX computers.
Memory: Memory of VAX computers consists of 8-bit. Bytes and Byte addresses are used for addressing. A word is composed of two consecutive bytes. This is extended to two more bytes. i.e. four bytes forming a long  word. Quad ward is composed of eight bytes. Sixteen consecutive bytes together form and octaword. VAX programs use a space of  bytes, which is virtual address space. The virtual memory is used irrespective of amounts of memory available. Half of the VAX address space is used to store operating system, the space is called space. This space is shared by all the programs which are being executed on these machines.The other half is used for every program separately. This space is called process space.
Registers: VAX machines use 16 general purpose registers, which are denoted by R-O through R-15. A-part from these denotations, the registers, use special names and uses. The registers are 32 bits in size. Apart from these registers there is a processor status long word (PSL) register, which keeps track of states and flags associated with every processes.

World Environmental Education and its importance in our World