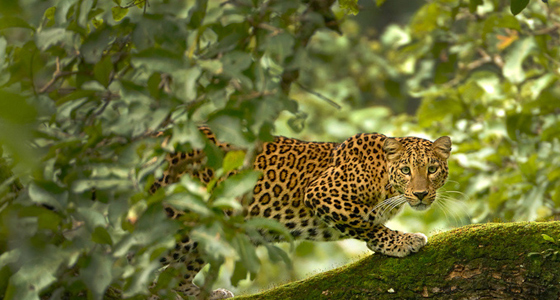 National Parks: An area solely reserved for welfare of wild life. In a national park, cultivation grazing and forestry of plantation is banned. No private ownership right is allowed. 89 national parks are there in India covering the area of 33, 90,088 square kilometers.
Sanctuaries:  An area reserved for the conservation of fauna only, harvesting of timber and collection of minor forest products are allowed. Private ownership rights are permitted as long as they do not interfere with the well being of the animals. 492 sanctuaries in India are spread over an area of about 1, 07, 31,013 square kilometers.
Biosphere Reserves: Biosphere reserves are special categories of protected areas of land and or coastal environments. Where in people are integral components of the system. In biosphere reserves, wild populations as well as traditional life styles of tribal’s and different domesticated plants and animals and genetic resources area, are protected. Biosphere reserves representative examples of natural biomes and contain unique biological communities. The concept of biosphere reserves was launched in 1975 as a part of UNESCO’s Man and Biosphere Program, dealing with the conservation of ecosystems and the genetic resources contained therein. Till May 2002, there were 408 biosphere reserves located in 94 countries. There are 13 biosphere reserves in India. Of these, the Nilgiri Biosphere Reserve including part if Karnataka, Kerala and Tamil Nadu was declared in 1986 and Nanda Devi Biosphere reserves, one at Uttarakhand (including the Valley of Flowers in north-western Himalayas) and another at Norkek (north-western Himalayas) have also been included in the list of biosphere reserves. In India, Biosphere reserves are also notified as national parks.
In a biosphere reserve, multiple land use is permitted by designating various zones i.e., core, buffer and transition zones.
Natural and core zone: It comprises an undistributed and legally protected ecosystem. In core zone no human activity is allowed.
Buffer zone: It surrounds the core area and is managed to accommodate a greater variety of resource use strategies and research and educational activities. In this only limited activities are allowed.
Transition zone: The outermost part of the biosphere reserves is an area of active cooperation between reserve management and the local people, wherein activities like settlements, cropping forestry and recreation and the other economic used continue in harmony with conservation goals.

Conservation: to ensure the conservation of landscapes, ecosystems, species and genetic resources. It also encourages traditional resource use. Development: to promote economic development which is culturally, socially and ecologically sustainable? Scientific Research, monitoring and Education: The aim is to provide support for research, monitoring, education and information exchange related to local, national and global issues of conservation and development.
Benefit of Protected Areas: The main benefits of protected areas are as follows: it helps in maintaining viable population of all native species and subspecies. It maintains the number and distribution of communities and habitat, and Conserving the Genetic Diversity of all the present species. It prevents the human caused introduction of alien species and it makes possible for species/habitats to shift in response to environmental changes.
Design by Mohit Bhardwaj