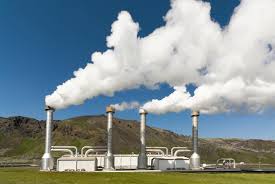 Non-renewable sources of energy such as coal, oil natural gas, and nuclear minerals are to last day. These are also associates with environmental pollution. Large scale use of wood may lead to deforestation: centralized system in conventional source of energy involves much expenditure on setting up infrastructure and management. How there is trend to words decentralization which would provide greater initiative to local people who could access their requirements and can plan a strategy that suit best to them. Due to depletion of conventional source of energy scientist in 1970s planted to develop an alternative source of energy which should be renewable and pollution free too.
Countries all over the world have been now concentrating over- tapping the vast potential of non-conventional source of energy like solar, wind, tidal, geothermal heat, biomass etc. Department of power/central Electricity Authority and the state Govt., Dept. of Non-conventional energy source is involved in developing non-conventional know-how technology.
Solar Energy: India receives abundant sunlight in all parts except in the entire in northern hilly region. Solar energy can be used for cooking, water heating, space heating etc. The solar energy can be converted into another form of energy through thermal or photo-voltaic conversion. The solar energy can be converted into mechanical, electrical or chemical energy; solar radiation can be directly converted into electricity through silicon collar cells by photo-voltaic conversion system. The photo-voltaic cells are chemical and noise pollution free.
Wind Energy: Wind energy is being harnessed in Tamil Nadu, Orissa, Gujarat and Maharashtra. India has potential about 20,000 M.W. The wind densities are more than 10Kw/m/day during winter and wind densities are even more than 4Kw/m day are available for 5-7 meters in a year. Wind energy can be converted into chemical or electrical source of energy. In rural areas, wind energy can be utilized or pumping water.
Tidal Energy: Tidal energy can be harnessed by rise and full of level due to tidal action. Tidal energy can produce electricity. Gulf of kuchch, cam bay and sunder ban in India are the main sites of tidal energy. India has an excellent OTEC (Ocean thermal Energy conversion) potential. Total OTCE potential in India is approx. 50,000 m W which is 150% of the present total instated power generating capacity in the country. Tidal energy is advantageous over. Other forms of energy because the power is continuous, renewable and pollution free.
Wind Wave energy: 1.5% of incoming energy from sun is converted to wind energy. Some of this is transferred to sea-surface resulting in the generating of waves. After that, it is carried to coastal lines where it is dissipated as wave breaks. The energy from the waves is more efficient than direct collection of power from wind. Gujarat may become the first state to make use of tidal power.
Geothermal Energy: This is another source of energy which can be harnessed. Many countries have obtained energy from the hot water coming out from hot springs. Efforts are being made to use, this energy for generating power. Drilling into deeper levels is necessary where there is a possibility of geothermal fluids. Puga in ladaka is good site for power generation.
Biogas-based Energy: Biomass includes all new plant growth, herbaceous plants, fresh water and marine algae agricultural and forest resides, Wastes and residues.

Energy obtained from biomass is renewable

Biogas is a clean source of energy. About 22,425 million m3 gas can be produced from animals during every year. Biogas can replace kerosene oil which is used for lightening as well as for cooking. DNES has been working in implementing biogas technology on large scale. National Biogas development project has also been launched. At present more than 3, 30,000 biogas plants are there cooking approx. 16-25 million ruler households can meet their cooking energy needs through biomass. Two things are relevant for the best use of biogas technology: i) restricted use of water ii) better strains of methane generating bacteria. Development of dry process is needed to minimize loss of water. Land area is also an important factor. Biogas can also be generated from sludge obtained from primary treatment of raw sewage.
Petro plants: It is now essential to identify potential plants species as sources of liquid hydrocarbons which is a substitute for liquid fuels. The hydrocarbons present in such plants can be converted into petroleum hydrocarbons. Indian Institute of Petroleum has done an excellent work in this field. The plants which belong to this category are euphorbiase, asclepiadaceous, apocynacare, supotcane etc.
Dendrothermal Energy: Deneoded wastelands can be used for planting fast growing shrubs and trees. They in turn had given furl wood, charcoal, fodder. With the help of gasification system, there energy plantation can generate about 1.5 mW power.